In mid-May, my novella A Jello Horse will be published by Publishing Genius Press. This, once again, is the cover: 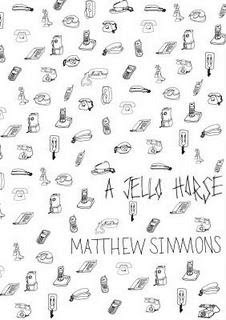 I used to live in Iowa City, and when I lived there I spent a lot of my evenings with my friend Eli having a beer or two. Sometimes Eli would order a Jameson Irish Whiskey with just a few rocks. Sometimes when he did that, I would do it, too. Iowa City gets hot in the summer, and sometimes this would happen in the afternoon. We'd go to this bar that had a lot of tables and lots of cold air blowing around. I had a lot of thin, short-sleeved, button up shirts that I wore during the summer. People cut the legs off their old jeans, right in the middle of the thigh, and left the longish white threads dangling.

Eli held it all together better than me. I've always been fond of indulgence. One night, though, Eli and I both got lit, and on the walk home, Eli repeatedly bumped into me in a way that was aggressively friendly, and I woke up the next day with bruises on my legs. He apologized but I didn't ask for the apology. I sort of liked that the bruises represented that Eli was comfortable with me like a person is comfortable with a sibling. Comfortable enough to be rough with them.

I also sort of like bruises. I have a couple on my forearms right now.

While we were having a beer or two, Eli and I would play a lot of pinball. I never got great, but I played pinball and enjoyed it. I started out just hacking at the ball, just doing everything I could to keep it in play, just reacting to the table. I got better when I watched Eli play and mimicked what he did: catching the ball on the flipper to slow the momentum. Directing shots at ramps and targets by figuring out when to shoot. Putting my hips into it a little. Sometimes a lot. I stand on one leg, and spin and kick at the tables legs now and then. A gentle kick, just to make the ball hop or spin to the flipper.

There's some pinball in A Jello Horse. I dated a girl who liked to stand very close behind me when I played. We were sort of dancing. And sort of not.

When the book comes out, I will be getting a very, very small number of hardcovers made. I will not be selling them, though. I will be giving them away. Let's have a contest.

SEND ME IMAGES OF YOURSELF PLAYING PINBALL. Or someone playing pinball. A pinball image of some sort. Just one of your own. I am going to collect them, rate the quality and ingenuity of the photo and create a sort of lottery. My favorite photos will receive higher scores and more chances to win the lottery and win a hardcover copy of A Jello Horse. I will post the photos (or whatever you do...an image, you know? Drawings are acceptable. Little movies, too) on the blog unless you don't want me to. I will pick winners the last week in May. So send them before that. Provide links to huge files if you have huge files.

There will probably be two winners. I may add other prizes, too, for photos I really, really like. Honorable mentions

That's it. Send them to

(Remove the spaces from happy cobra books. Just one word.)

Also a possibility: Sing me a version of Lonnie Irving's Pinball Machine. Here are the lyrics

I'm an old hog-hauler, I drove a big truck
I shot the pinball machine, but it caused me bad luck.

Put all I ever made in a pinball machine
I'd get four catty-corners, then I'd miss the 16.

I wish they'd outlaw them old pinball machines
Many weeks they have caused me to live on sardines.

Last time I called my wife on the phone
The first thing she says, "John, when can you come home?"

"I got a load of hogs and they've got to go
I'll see you when I get back from Chicago."

She says, "John, you know I love you, I wish you wouldn't go
Send your babies some money, they are hungry and cold."

The last thing she said and then she hung up
"John, you give up my lovin', just to drive an old truck."

I made my trip on to Chicago
I was gone two months, 'cause I shot up my dough.

When I got home my family was gone
The best friend I had, rung my telephone.

I lost all my friends, I can't sleep for bad dreams
I dream about an old truck and a pinball machine.

BTRMLK MTN by Gene Morgan available for a little while for free.

I like bright stupid confetti a lot.
Posted by The Man Who Couldn't Blog at 8:32 AM 7 comments:

I took a walk outside. 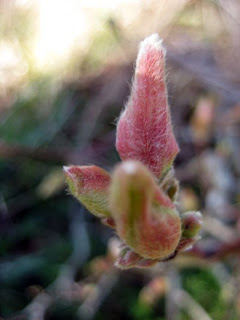 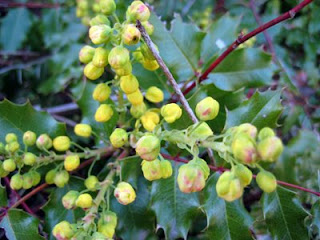 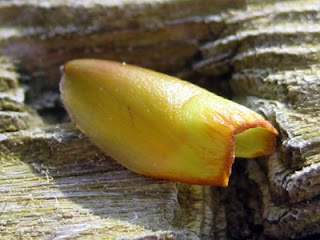 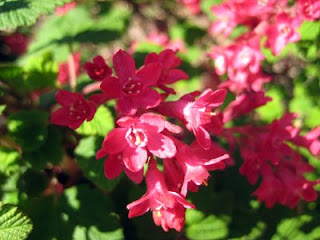 I consider this a win.

I think probably I am pro-Twitter.

To be updated all week. (All totals include sometimes necessary walks for a block or two to catch my breath.)

But Jesus, is the what and who said that? The phantom finger of the suitor made its way around the sandwich shop, sometimes.

Ask-ed, says the sandwich maker with a finger in his brain. Two syllables. Ask. Ed.

The stink from off the body of the suitor is a fresh, enticing medium rare.

The suitor in a sandwich shop repels and attracts the eaters one and all.

The sandwich maker considers asking him to leave. But then sales go up.

And, no, the suitor does not have to leave. The suitor can keep his seat, and finish up his sandwich.

This is all about control. Because the burning quietly continues.

This is all about control.

In the winter months, the best of all the kinds of months, there is little to do at his apartment, so he goes outside and rolls in the snow.

And then the snow, a rabbit in the warren of his sinuses, melts. It trickles down his throat, a rabbit to the stomach of a bobcat.

In the stomach, the snow, melted, stays itself put.

Lots of other people's lists, too. Thanks for asking me to submit, John Madera. Nice group.

Matthew Savoca's Happy Cobra Books ebook TOUGH! is on Goodreads. You can go and rate it.

Also, Young Revolutionaries is there, too.

My novella A Jello Horse will be out in May.

Please consider donating to the Race for the Cure.
Posted by The Man Who Couldn't Blog at 5:40 PM 1 comment:

Reading tomorrow in Portland, Oregon with Brandon Scott Gorrell and Gabriel Blackwell as the undercard for the featured speaker, Chelsea Martin. Kevin Sampsell will be in the house, hosting.

She has a new book from Future Tense Books, Everything was Fine Until Whatever.

Hosting a reading the very next night at Neptune Coffee in Seattle. Chelsea Martin again. And Brandon. And Frayn Masters. Kevin will co-host. 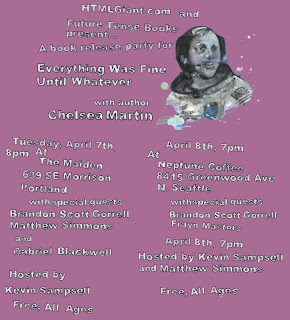 Sponsored by Future Tense and HTMLGiant.

I have a book called A Jello Horse. It will be available in May from Publishing Genius Press.

More updates on it soon.


I Am In the Air Right Now from Greg Lytle on Vimeo.

This is a ghost: 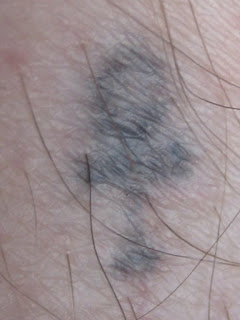 When I was 16 or 17, I read an article in Thrasher Magazine. I think it was Thrasher. It was an issue devoted to tattooing.

Yeah, I'm pretty sure it was Thrasher. I remember skateboarders.

There was an article about doing tattoos yourself without a tattoo gun. (Or any talent.) It said to take a needle and wrap thread up to the tip, leaving a little bit of the needle exposed. It said to take India ink and dip the needle in, and let the thread soak some of it up. It said poke sort of deep into the skin. It said that that was it.

One evening I decided I would just go ahead and do all the things that the magazine said. The ghost above is the result.

I will never cover it. I have a few very nice, professionally done tattoos. This is still my favorite.
Posted by The Man Who Couldn't Blog at 9:00 AM 6 comments: