Many of these appeared on Twitter late at night. I like them so I am putting them here, too:

Don Knotts walking down a long, empty hallway, one small tear hanging from his chin. #gustaveflaubert

Three chicken nuggets, on the floor, never ever to be picked up, even to be thrown away. #raymondcarver

You and I are in an Ultimate Frisbee game and there's a caribou running across the field. #tcboyle

The guy keeps digging and digging under his fingernails, and eventually he finds his mother's skin cells. #chuckpalahniuk

A horse backs up when a firecracker goes off and it steps on your toe and it breaks it. #markrichard

Everyone laughs when the ketchup bottle sputters. #davidsedaris

Certain the hitchhiker has a knife. Pick him up & figure if he pulls the knife, you are more than ready to drive into traffic. #barryhannah

Door's open. Walk through. Fall to your death. Turns out you forgot you were on a helicopter. #lydiadavis

Guy at a party talks bonobo sex lives and it's: interesting, boring, annoying, creepy, and then fucking fascinating again! #jonathanfranzen

Carpal tunnel syndrome from spending all summer practice-writing "Have a good summer," for next spring's yearbooks. #samlipsyte

(Fixed a couple of typos.)


We bought a dog made out of sand.

I know. Buying a dog made of sand. Bad idea.

We bought the dog made out of sand as a gift for our son.

I know. Having a child. Bad idea.

Our dog made out of sand liked to run in the backyard. And it howled at the squirrels in the trees. And it lounged on the couch next to anyone who lay down there. And it ate the dry kibble we fed it with enormous gusto.

In this way, our dog made out of sand was just like all the other dogs in the world.

We were unable to wash our dog made out of sand because when we did, we lost parts of him.

The first time we tried to wash him, we poured water over his paw and watched a bit of it melt away and spin down the bathtub drain. He walked with a limp until we went out to buy more sand from a hardware store and repaired the wound we had caused with water.

So we knew not to wash him ever again. And we never let him out in the rain.

But we could not let him out. We did not want him to fall apart, piece by piece. We loved and wanted to protect our dog made out of sand.

One wonders, then, how I will end it.

This is my 4th favorite Tumblr. 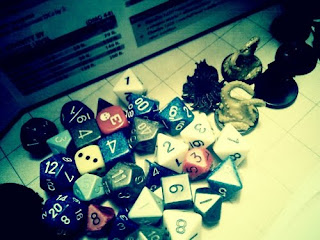 There will soon maybe be an announcement about that guys Tumblr and something else.

Posted by The Man Who Couldn't Blog at 11:42 AM No comments:

I practically made this for you.

I mean, I practically did. Practically.

I made this part of it first, and when I looked at it, I thought of you.

I made the part with the stuff on it while I was drinking a soda. And you like soda a lot. You always seem to be drinking soda. White sodas. Cola sodas. Root beer sodas. Green lime sodas. You and the sodas. So when I made this part and soda was involved, man that certainly seems to connect it to you.

There was a part here that I ripped off and threw in the garbage. And the thing is, I threw it in your garbage can. Remember that thing in the garbage? The thing you asked about? And I was evasive? Makes sense now, right?

That part there was an accident. Look away from it when you look at this thing. Pretend its not there. That's what I've been doing. Doesn't take long to get used to it. It gets easier.

I was thinking of blogging about the process of making this thing. But. Can't.

I have a new CLVRSKLL column.
Posted by The Man Who Couldn't Blog at 4:33 PM No comments:

It's very difficult to get a blog these days. They are scarce, rare as diamonds. And valuable. I would very much like to have a blog. On the blog I would blog. Every day I would sit down to blog on my blog. Yes, given the chance I would certainly love to verb on my noun.

I do not have a blog, because they are hard to find. You can't simply go online and sign up—free!—for a blog. What kind of a world would it be if you could, do you think? Pretty astonishing. It would be a wild and beautiful world if everyone of us could have a blog of our own. We'd all be so free and so very lucky if we could—every single one of us!—have a blog of our own.

I've no blog. Can't find one. Can't get one. And so, I write on napkins. Little, soiled napkins. I find them and I write on them. I write about how much I wish I could blog. I take soiled napkins from restaurants and bars and hotdog stands, and stick them in my pocket, and I bring them home with me. I take out a ballpoint pen, and I grab the napkins from the bottom of my pocket, and I write on them. And I take those napkins and drop them from my window. They fall into the alley behind my apartment. People pick them up and read them.

People like you. You standing there with this soiled napkin in your hand, reading.

For George, here is a list of the fireworks in the Spinners, Wheels, and Wings category sold by Black Cat Fireworks:

Yes. I get to decide if something I wrote on this blog is a classic.
Posted by The Man Who Couldn't Blog at 4:15 PM No comments: