Xasthur is a one-man Black Metal band. The man who makes all the music calls himself Malefic.

I can be sure of none of what follows, but I will swear to its accuracy if pressed.

Malefic's concerns are not so much Satanic as they are astral. Malefic spends his time pushing his consciousness out, not considering the limits of human freedom and will.

Malefic owns a house, but he spends all of his time in the basement. His bed is down there. He has a small bookshelf down there. Upstairs, a thin layer of dust covers everything. He has never been to the second floor of his home. Not once. He can't remember where the stairs are. He has forgotten how many rooms are up there.

Because Malefic spends so much of his time asleep, or nearly asleep, he must rely on others to create his music. In his basement, he has a host of tiny, green creatures. The tiny green creatures live only to create music. It is their evolutionary imperative. They live on blast beats and droning, hypnotic guitar riffs. They live on washes of reverb and delay.

In a way, they are like a Black Metal making equivalent of the Doozers from Fraggle Rock. Seriously. 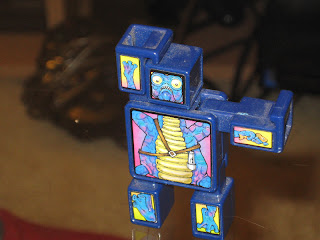 So, Malefic sleeps. And the creatures make music. And as he sleeps, the creatures keep a microphone next to him. And in his sleep, as he travels the outer limits of his brain, and searches for a crack in the barrier between his brain, and the massive, possible "world brain," he sings.

This is how Xasthur records are made.

I'll keep looking into it. Maybe I'll be able to blog if I figure it all out.

Shit shit shit. I forgot to talk about NO COLONY. Blake Butler and Ken Baumann have a journal called NO COLONY. Here is a list of contributors to issue 001.

I'm in it. But a lot of other really fantastic writers are in it, too. I would list some favorites, but I really like things I've read by everyone on the list, so I won't single anyone out.

Jereme Dean is giving away copies at his blog to people who comment. It's a contest. Comment well, and he'll give you one. He has six extra copies—I bought three for him for the giveaway. Go comment. Get copies of NO COLONY.

This is Striborg. It is a one-man band from Australia. He calls himself Sin Nanna:

I imagine Striborg. I often find myself thinking about Striborg.

Sin Nanna lives in a treehouse in New Zealand, I think. Sin Nanna stays up late and gets up early. Sin Nanna rejects the weakness that is sleep.

Sin Nanna's treehouse is fitted out between white pines. Sin Nanna gets up early to watch the sun rise, and it breaks over the trees, and Sin Nanna thinks about the way the sun can dry a green leaf to a shrunken brown.

Sin Nanna stays up late and watches a storm roll in from the east, and sees lightning bouncing from cloud to cloud, and thinks that all life begins with a spark, and that a spark is something that destroys.

Sin Nanna likes the moon. Everything there is gray. And quiet. And dead. And spinning. And if you make a little hop, you hop very very high.

Sin Nanna to pull all the mids out when he plays his guitar. He likes to turn the reverb all the way up. He likes the warmth of the analog echo. He likes his tiny tiny home studio. He likes the chords piled up and crisscrossing—like the twisting of vines—all around the floor. He likes to sing from across the room. He likes to set up the microphone outside in the grass, and likes to walk away from it, to hide behind white pines, and sing from there.

He likes to clatter around on the drums.

Sin Nanna likes to dig his feet into the dirt, bury himself to his ankles, and he likes to wait and wait to see what happens.

At least, I imagine all this about Striborg.

Maybe I'm wrong, and shouldn't blog about it.

Music, not so harsh.

Alice Cooper on Soupy Sales.
Posted by The Man Who Couldn't Blog at 2:37 PM 3 comments:

I'm in the new issue of The Believer. So is Blake Butler. I wrote about Over the Edge, a radio show produced by the band Negativland.

Many years ago, I had a radio program on Iowa City Free Radio. It was a rip-off of Over the Edge.

This was my theme song:

I played two different versions at the same time, so to properly simulate what it was like listening to the beginning of my radio show, press play on both those videos at the same time. Sometimes, stop one or the other, because I did that, too.

I taped many of the shows. In the next couple of days, I'll try to put together some edited highlights of the shows and post them.

Blake Butler wrote about Jingle Babies, a holiday record made, apparently, by squeezing little babies.
Posted by The Man Who Couldn't Blog at 1:59 PM 1 comment:

I went on vacation.

"It includes the butterfly and the rat, the shit
drying to chalk, trees
falling at an angle, taking those moist
and buried rootballs with them

into deadly air. But someone will
tell you the butterfly's the happy ending
of every dirge-singing worm, the rat
a river rat come up from a shimmering depth,

the shit passed purely into scat one can read
for a source, the creature that shadowed it one
longish minute. And trees, of course they
wanted to fall. It was there time or something

equally sonorous. And wind too knows its
mindless little whirlpool's not for nothing, not
nothing—that pitch and rage stopped. How else
does the sparrow's neck break." 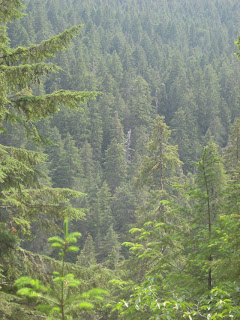 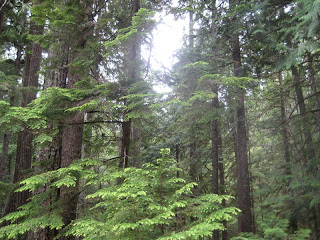 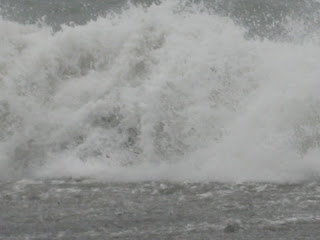 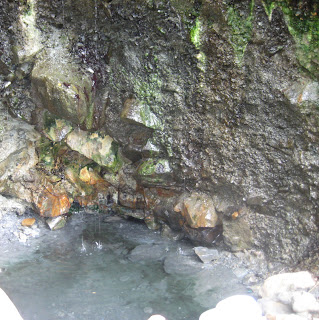 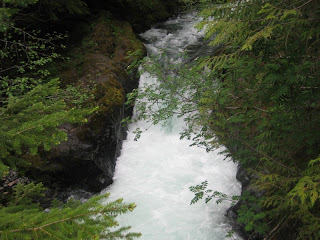 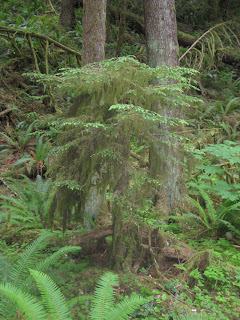 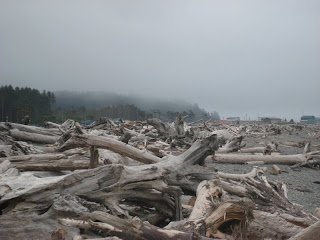 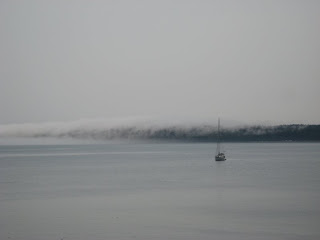