Walking in Michigan from happycobrabooks on Vimeo.

Hi. Sorry. Holiday. Here's a video.
Posted by The Man Who Couldn't Blog at 7:51 PM No comments:

This man is hugging a pillow: 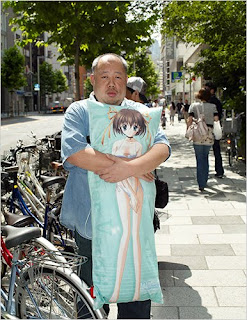 This man is hugging a pillow: 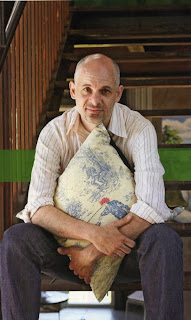 He is merely using this pillow for a short time. After this photo is taking, he will be dropping this pillow back onto a couch or something. He will see it around—like when he sits on the couch—but he will not treat it quite the same. It is unlikely, for example, that he will be photographed holding that pillow again. Not like this, anyway.

My dear friend Brittain is very close to having enough money to make her next record. If you have a little money, you should send it to her.

Here are some photos I took last time I saw Brittain perform her wonderful music. 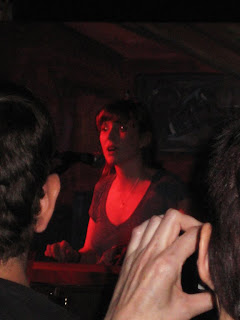 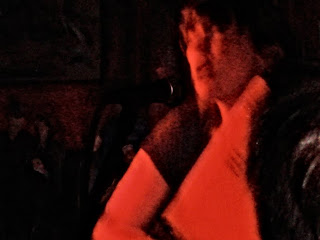 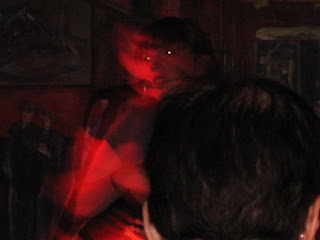 This person can make you a beard. I would like a small one for my two-year-old niece.

* Accidentally said "the long hall" in the first version of this post.
Posted by The Man Who Couldn't Blog at 2:08 PM 2 comments:

Keyhole nominated me for a Pushcart. It's for a story I wrote called "Father" which begins:

We’re “living in sin” in the Keweenaw Peninsula with a big-ass Mastiff we call Father. And this is it, miles from anyone, no one bothers us anymore. Father must weigh upwards of 200 pounds, and has a motley face, with a huge frown and tiny black eyes.

The links between Cheerios and higher levels of serotonin are tenuous at best.

Frosted Flakes are not fooling anyone with the blond tips. We know they have gone gray.

The Yummy Mummy belongs in Egypt where it was found, not in some museum in some Imperialist country.

Froot Loops proves that the teaching of phonics is responsible for our pathetic standing in the world re: education.

A Local weekly newspaper called The Stranger is running a charity auction called Strangercrombie. There is a package called DIY MFA Semester Two, and if you win it you will receive a story consultation from Maria Semple and James Morrow, a graduation dinner with Ryan Boudinot, a custom laptop bag, free coffee once a week for three months from Short Stop Coffee, and also, I'll have a couple of beers with you to discuss writing craft. I think I originally volunteered to discuss white space for an hour with the winner. They have made it a little more open-ended.

Actually, it sort of looks like the winner and I will go out and get drunk together.

Seems like a proper DIY MFA experience to me!