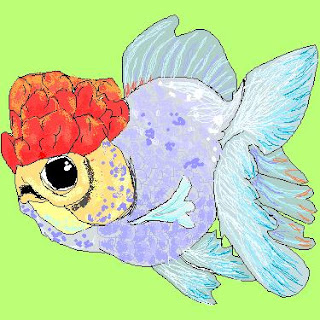 There’s no such thing as angels is something my little brother once said to me as we were standing on the roof of the house and thinking about jumping.

There’s no such thing as angels, and if you jump you’ll break a leg or possibly an arm. This is what he said when he continued talking.

Me, I tried my best to ignore him. This is not always an easy thing to do because my little brother has himself a really loud voice.

Abnormally loud, I mean. When my little brother talks, you can here him all around the neighborhood, like as if he was a tornado siren. He’s that loud, voice-wise. When my little brother—let’s call him Leon—let’s out a high-pitched screech, like say if I were to pinch him on the thigh or something, that noise would break windows in the house. That noise does break windows in the house, actually. Not just would. It does.

And then I have to pay for all the windows with the money from my allowance, which is nearly enough over a month to cover one pinch-related window breaking.

There’s no such thing as angels is what Leon says.

We can make little halos, though, and that will make it pretty much like we are the angels that Leon doesn’t think exist.

Of course, there are other choices we could make, too.

Like say I take the boy that we are calling Leon by the belt loops of his jeans, and say I get a little running start, and say I swing him back and forth and back and forth, and say I see if I can throw him far enough that he lands on the windshield of our car. Say I do that.

Say he goes right on through that windshield, and scatters glass everywhere, including in his mouth and up his nose. And the blood comes out his nose.

And the blood floods from the cuts in his gums and on his tongue.

Say that’s the choice I decide to make, him hollering and waking up the neighborhood. (Did I mention that it is 3am?)

And his holler making the ground rumble. And the house next door falling down.

Say I make that choice. What happens to you, right there watching?

The illustration for this post was done by Ellen Kennedy. She recently read Summer Blonde by Adrian Tomine and recommends it.

She said I didn't have to link to anything else, but I will link to Bear Parade, where you can read a book of her poetry. And a bunch of other really, really good books.
Posted by The Man Who Couldn't Blog at 9:23 AM 4 comments:

I got me this new job working for a man who sells land on clouds. It's a pretty good gig, and I do a lot of traveling.

Like, yesterday I went out to appraise a cloud hovering over West Seattle, and I thought it was a fine piece of airborne real estate. So I called my boss, and I gave him my estimate, and he put it up for auction.

And it sold nice and quick.

Land on clouds is what they call primo. It sells nice and quick. Houses are built on cloudland as quickly as can possible.

Families move into homes built on clouds minutes after the home is built.

And then they have to hurry through a lifetime of living—a whole lifetime full of all that living one is supposed to do when one is a homeowner with a family and a dog or cat and a car and a job and all that other stuff.

Families live their lives as fast as they can when they live on a cloud. Because before you know it, the cloud will blow out at its edges, go soft and slack. A cloud lets go of its ends. And then the new ends and edges blow. And scatter. And drift.

You have to live your life—your whole damn life—in days. Because clouds twirl and blow and disappear.

And your house falls to the ground. And your dog or cat runs away. And your kids go to college. And you retire from your job. And you die. And the cloud is gone.

I work for a man who sells property on clouds, and I spend my days traveling and appraising.

It's a good job. It takes up all my time.

I don't have time for other things. Like family or fast living.

This post is dedicated to mammatus clouds and a band called Mammatus.

We bought a dog made out of sand.

I know. Buying a dog made of sand. Bad idea.

We bought the dog made out of sand as a gift for our son.

I know. Having a child. Bad idea.

Our dog made out of sand liked to run in the backyard. And it howled at the squirrels in the trees. And it lounged on the couch next to anyone who lay down there. And it ate the dry kibble we fed it with enormous gusto.

In this way, our dog made out of sand was just like all the other dogs in the world.

We were unable to wash our dog made out of sand because when we did, we lost parts of him.

The first time we tried to wash him, we poured water over his paw and watched a bit of it melt away and spin down the bathtub drain. He walked with a limp until we went out to buy more sand from a hardware store and repaired the wound we had caused with water.

So we knew not to wash him ever again. And we never let him out in the rain.

But we could not let him out. We did not want him to fall apart, piece by piece. We loved and wanted to protect our dog made out of sand.

One wonders, then, how I will end it.

This post is dedicated to a really good writer who thought the dog should be made of cotton candy.
Posted by The Man Who Couldn't Blog at 2:44 PM No comments:

I'm here to say something:

Always trust me with the night.

I’m here to tell you that this night makes much less sense than you think it does, you. Trust your uncle. Trust me with it.

I’m here to tell you that the word is spoken louder than you imagine it can be. Trust your nephew. Trust me with it.

I’m here to tell you that the dogs are much harder to train than you are convinced they are. Trust your father. Trust me with it.

The night is the word and the dogs are the night and the word is a whine in the evening.

The teeth are still buried. They sprout speeches. Families pick them. Chew the stalks.

So always trust me.

Bury teeth. Water them. Wait for sprouts. Care for them. Bring them to a young bloom. Pull the ivory-colored leaves from the stalks. Dry the leaves in the sun on the window sill.

Boil the water. Get a strainer. Pour the water through the leaves. Infusers make it too strong.

Then, there will be words. Blog with them. I would.

Going on a two week vacation. This blog will most likely not be updated during that time. Maybe. Most likely. I don't think I'll have time. I'm pretty sure I won't have time. Maybe on the 16th, though. Maybe. Possibly. Maybe not, though. Definitely after that.

Probably not.
Posted by The Man Who Couldn't Blog at 7:22 PM 5 comments: