A thing you could say about June is that he was—mostly—raised right.

Another thing you could say about June is that he got nothing but hell for being named after the month of his birth.

Another thing you could say about June is that because he had been injured as a young man and lost his mouth and nose to the injury, and because the doctor had been out of extra mouths and noses to replace the ones lost, and because the doctor had instead used a curved bicycle horn in place of June’s mouth and nose—with a hole for the windpipe—June was an odd looking man.

Another thing you could say about June is that it would’ve been much better if he had been born in August.

Another thing you could say about June is that he would sometimes cover his bicycle horn mouth with his hand, and then he’d call you over. Then he’d put your hand on his belly, and he’d squeeze the bulb on his horn. And you’d feel his belly rumble.

Another thing you could say about June is that his parents loved him very very much, even after the accident made a sort of a mute of him.

Another thing you could say about June is that June loved his job, which was riding around on a riding mower, cutting all the grass of his neighbors.

Another thing you could say about June is that he loved his job because he more than anything else hated grass.

Another thing you could say about June is that he honked once for yes, twice for no.

This post was illustrated by Gene Morgan. He designs and edits Bear Parade.

Bear Parade has a new book called Compassionate Moose. It's by Mazie Louise Montgomery. I can't wait to read it.

Thank you, Gene. Congratulations on your recent wedding.

You will notice a link to something called Happy Cobra Books. That's a tiny press I've decided to start. The tiny press is publishing a tiny book of tiny stories by me. I think I'll have copies next month. I will sell you one at a tiny price.

I will do other things with the press, too, but I'm not sure what. Possibly a graphic short story by a friend. Possibly longer versions of the interviews I edit for Hobart, designed as pdfs and available free to download.

Other ideas are welcome. As are reader-submitted logo designs, which will go in a logo archive.
Posted by The Man Who Couldn't Blog at 7:21 PM 1 comment:

Sorry. I'm a little backed up right now. Please check back next week for a new post.

The whole stupid thing ends then. All the embarrassment. All the cringing moments we have when we listen to him speak publicly. (You know who I mean.)

All the everyhing. Let's pretend it never happened.

I'll go one further. (I like to do that, sometimes. I like to go one further. Not two. Just one.) I write. I produce a cultural product. You might, too. You have friends who do. We know writers and artists and poets and painters and journalists and historians and graffiti artists and street corner ranters and all. We know them. Or we know people who know them. We are a part of a web, a web of culture. Follow that web and you'll find that we all know everybody eventually. Follow that web and I'll bet we'll find that we all like each other eventually. Even the people we hate the most. We know someone who likes them. Or we know someone who knows someone who knows someone.

And a lot of us feel it. A lot of us are frustrated or embarrassed. A lot of us, no matter how we feel about things in general. No matter what our personal philosophies are. No matter how much we disagree with our core beliefs. Etc. We are all sort of coming around. Many, many of us feel frustrated or embarrassed by the whole thing—the whole last seven years.

Our history will continue into the future and it will say what we all agree together to say about it.

Let's pretend it didn't happen. Let's just not mention the eight years. Let's pretend something else was going on. Something dull maybe. The history books could all say:

And then we can move on.

There are books and movies and songs and such that have been made over the last few years that discuss all this embarrassing, frustrating stuff. Let's just agree to put them in a big box. Destroying them would probably be wrong. So we'll put them in a box and promise to never open that box. And so no one finds out what really happened, we'll hide the box. We can maybe hide it in my closet.

That's what I think we could do. Pass it on. 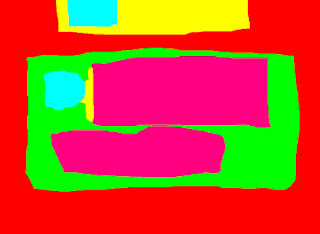 Tao Lin came to visit and read from his books in front of audiences at bookstores. Matthew Simmons was there.

Tao Lin didn't want to do it, but Matthew Simmons smacked Tao Lin on the back of the head and said, "You're in Seattle and will do as I say! My city! Mine!"

So Tao Lin did it, but the man didn't believe that Tao Lin was Marco Roth at all, but just some guy pretending to be Marco Roth. He told Tao Lin to leave him alone. Tao Lin apologized, and Matthew Simmons laughed liked a hyena. (Exactly like a hyena, too. That was not a cliche. Matthew Simmons has perfected the art of hyena impersonation.)

Matthew Simmons drove Tao Lin to the bookstore, but he couldn't remember where it was, and didn't really want to go. Instead he drove to a water park where he made Tao Lin go down all the slides, even though Tao Lin didn't have a swimsuit. Tao Lin went on the water slides and asked when he would be taken to the bookstore to read. "Later," said Matthew Simmons.

Later, Matthew Simmons drove Tao Lin around, and forced him to listen to Bachman Turner Overdrive very loud. "It's BTO!" said Matthew Simmons. "Don't you like BTO? Why are your fingers in your ears?"

Tao Lin said this would be fine, as long as Matthew Simmons did not have a cat, as Tao Lin is very allergic to cats.

Matthew Simmons has a cat.

Tao Lin was very hungry but Matthew Simmons only let him eat a banana. Matthew Simmons ate a hearty, warm goat cheese salad and tomato soup. Tao Lin finished his banana and threw the peel to the birds.

Matthew Simmons drank nine beers in a row, and started shouting into the phone.

Tao Lin tried to sleep, but he was sneezing a lot because Matthew Simmons has never dusted or swept his apartment.

Matthew Simmons passed out while shouting into the phone, and Tao Lin tried to sleep.

In the morning, Matthew Simmons listened to more Bachman Turner Overdrive to "help me wake my ass up," and told Tao Lin he would have to leave. He pointed in the general direction of the nearest bus stop

Tao Lin walked in the direction of the nearest bus stop.

Illustration for this post by Tao Lin. Tao is the author of three incredibly wonderful, weird, messy, funny, sad, wild, imperfect/completely perfect, beautiful books. That is to say, Tao has made some really interesting art.

Buy them. If you don't like them, write (happy dot cobra at earthlink dot net) and we'll discuss them. I really think you'll like them. And think I can tell you why I like them. And infect your reading of them, making you decided that you like them, too.

My impression is: you will like them without my speaking on their behalf. 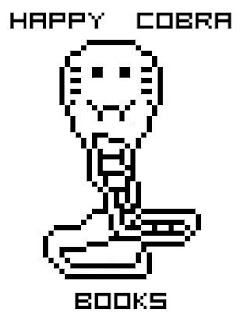