I flew to LA last weekend. This is how I did it: 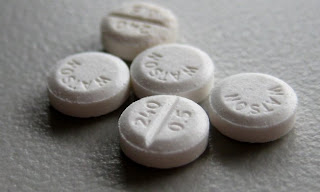 That's the technical slash academic way of referring to how we react. "Freaks us the fuck out."

Like, robots. And computer-animated people. They start to look like us. They get close to looking like us. And the moment they start to look close-but-no-cigar close to us, we start to stop being sympathetic to them. In our positive feelings to things that appear like us, there is a sudden dip. A valley.

The sense we have is called "the uncanny."

While I was in LA, I went up to Santa Monica, to the beach, where I walked in the surf, and went up to the pier. During my walk in the surf, I had a strange emotional reaction. I couldn't quite figure out what was going on.

I stood with my camera, and took a spin, and filmed the beach. And a police vehicle drove by. And I felt like stealing it.

And I figured it out.

Grand Theft Auto: San Andreas has a beach location that is, holy hell, an uncanny version of the actual Santa Monica beach. The simulated beach prepared me for the real one, but prepared me in such a way that I had this odd, sympathetic reaction to the real place that included a retroactively "uncanny" experience; all the hours I've spent playing Grand Theft Auto: San Andreas were suddenly loaded with a new sensation.

There is a new Happy Cobra Book. It is called Young Revolutionaries. It features Chelsea Martin, Catherine Lacey, and Ellen Kennedy.

(Chelsea and Ellen: yours are on their way. I am finishing up the printing, and sewing them together in my off hours.)

If you want copies, you should get them from the authors. I will be sending almost all of the 50 copies to them.

Also, I'm pleased to have discovered this iMeem embedding function. And so, the Mother.Fucking Gaslamp Killer:

Go here to watch Shane Jones read my piece from NO COLONY.

And then BUY NO COLONY, a bad ass journal of new, odd writing.

And then buy Shane's book I Will Unfold You With My Hairy Hands.
Posted by The Man Who Couldn't Blog at 11:16 AM 5 comments:

For the first time EVER there are two titles for a post here on this blog. This is an important day. In honor of this important day, click here to learn the wop.

I was in LA, at a short film festival, watching a movie made out of one of my old stories (a long story that I will tell some other time), and while I was there, I went to the beach and got sunburn.

I don't enjoy serious, painful, horrible, peeling, can't sleep, can't sit down in a chair, I think I really hate myself and want to die sunburn. I enjoy a nice, moderate sunburn.

Thank you, sunburn. Thank you for connecting me to me.

While I was in LA, I met Ken Baumann. Ken Baumann doesn't have sunburn. It is entirely possible, though, that being in the presence of Ken Baumann gave me sunburn.

If this is the case, then I would like to say "Thank you," to Ken Baumann.

Fire in My Bag has written a song about sunburn. It is called Burned. To listen to it, go to the band's Myspace page.

Lots of bloggers have written about other bloggers. There are links in the text below. I made all the text, even the links, black so you can read them. They are there, though. Click links:

watched kids who were on a small stage playing the game Rock Star, while yards away a bunch of real rock stars were on a much larger stage also sort of playing rock star

took photos of Buckcherry's gong—because there's a band? called Buckcherry? and they have a drummer? with a gong?

walked away from my seat before having to listen to Buckcherry

wondered if she was a representative of all of rock music, the apotheosis of rock come down to slum it among the rock fans; a famous northwest DJ of some sort who worked at a radio station that was not only the home of the rock, but also the favorite rock station of all the rock fans who wanted their picture taken with her; or just someone with breasts that were large enough to fill out the "rock" t-shirt, and large enough that people who went to Crüefest wanted to have their picture taken with those breasts

got a pretty significant contact high, and noticed that the audience used 1) the beginning of Mötley Crüe's set and 2) the opening chords of the song "Dr. Feelgood" as cues to smoke pot...there was steady use throughout the show, but those two moments were accompanied by the largest mass drug use

briefly met the stripper who brought Vince Neil his acoustic guitar before they played "Girl Don't Go Away Mad, Girl Just Go Away"

learned that Mötley Crüe does not often have a full-band "runner" after a gig, but for some reason, did so after playing at the White River Ampitheatre

pardon me, briefly met the "dancer" who brought Vince Neil his etc, etc.

got a packet of "souvenir" spearmint flavored Stride gum

wondered how I could ever go about blogging about all this, and decided that maybe I just shouldn't so maybe I won't

Up top, this update. It's important. Go read THE WOMAN DOWN THE HALL It's the new Lamination Colony book. It's by Lily Hoang.

Titular Journal publishes stories that take their names from films, novels, and television shows. I wrote one, taking the name of an animated film about ants called Antz. Enjoy.

A poem about Michigan.

Morbid Anatomy.
Posted by The Man Who Couldn't Blog at 12:36 PM 2 comments: